Profile of Jeff Allen, National President of the Electric Energy Society of Australia

Jeff has been involved in many areas of the electric energy area for over 50 years. He completed a degree in Electrical Engineering from Sydney University in 1967 and has also undertaken many professional development activities and formal technical and management training courses during his career. 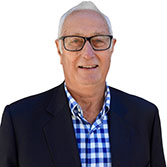 Jeff joined the Electricity Supply Engineers Association of NSW (the predecessor organisation to EESA) in 1977 and was awarded the Conway Prize (best paper by a member) at the ESEA Annual Conference in 1979. He joined Engineers Australia as a member in 1983 and became a Fellow of Engineers Australia in 1994.

Jeff held a number of board positions with various companies for varying periods over the past 22 years.

In addition to the above roles, he held a number of “industry committee” positions as follows.

Jeff was elected Chair of EESA’s NSW/ACT Chapter committee in early 2018 and has been a member of EESA’s National Council since 2016.

Jeff is committed to contributing to the ongoing success of EESA, and the role of National President will allow him the opportunity to work with all EESA members to ensure that EESA continues to deliver the best services to its members.