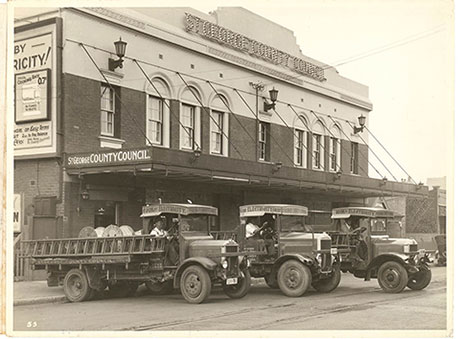 The history of the Electricity Supply Engineers Association begins in 1924 when seven electrical engineers met in Sydney to discuss the idea of forming an industry association that would work to improve the education and cooperation of engineers working in the supply of electricity across New South Wales.

The Association held its first conference at the Lecture Hall of the Institution of Engineers Australia, Sydney in Easter week of 1925. Twenty-three Municipal and Shire Electrical Engineers attended, with A.M Conroy elected as the first President of the Association. An annual conference of the society is a continuing tradition, now known as EECON.

In a sad turn of events, Mr Conroy passed away before the second meeting in 1926, and A.J Bradshaw took up the position of President. Mr Bradshaw oversaw the drafting of the Association’s first constitution, which was adopted at the 1927 conference and signed off by forty-two ‘foundation members.’

The Association found early success in the collation and sharing of information. Early achievements of the Association included the collation and sharing of “Costing and Data Sheets”, the Certification of Electrical Engineers under the Local Government Act, the licensing of Electrical Contractors, the formation of the Australian Commonwealth Standards Association, and the “hall-marking” of electrical appliances to ensure their safety in use.

There were around 130 electricity undertakings across New South Wales at the time of the Association’s formation. 103 of these had their own generating equipment with the rest receiving ‘bulk supply’. By 1940 the number of undertakings had jumped up to 183.

Today, 93 years after Mr Kemp conceived of the idea of a society of electrical engineers, the EESA has 850 members and active chapters in New South Wales, Queensland, South Australia, Tasmania, Victoria and Western Australia.

We have grown into a truly national voice for electrical engineers and the electrical energy industry, and we are still working hard to achieve our core objectives of improving the field by increasing learning opportunities and acting as a conduit between the industry and key decision-makers.